IT and HR – The Chameleons of the Organisation 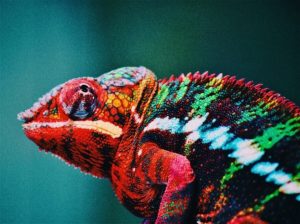 It has amused me for some time how IT and HR have, and still, remain the Chameleons of the organisation.  And they have also remained the two functions that really have struggled to get C-Suite attention.  But today, and going forward, that has to change.

When we had Data Processing (DP) on the IT side, we had Personnel on the HR side.  When Personnel became Human Resources (HR), IT became, well Information Technology (IT).  Although many attempts were made to change this to ICT (Information and Communication Technology).  When HR became Human Capital (HC), IT became Information Services (IS).  Though neither name really “stuck”.  And we are now going through another metamorphosis in both areas.

The reason is that organisations today rely more and more on digital business, and with that comes skilled people.  The two Chameleons are set to become the life-blood of organisations of the future.  But can they find a name that sticks.  After a quick search, here are a few examples of what they could be:

From these lists it is clear that the chameleons don’t really know what “colour” they should be.  Is it because the branches that they are sitting on don’t yet understand what they should be?  Just wondering!

We continue to change and find ways to offer products and services that are modern and address issues that are "top of mind" with CEOs, CHROs, COOs, and CIOs today. We have not "ditched" our capabilities, but rather "reengineered" them for what's relevant in the New Ways of Working today. We offer packaged Solutions that address specific issues and which use our Products and Services as necessary.  We offer our traditional Services that are brought up-to-date and which use our Products as necessary.  And, we offer a small range of Products that are available on a stand-alone basis for clients. Our Solutions are: "Living and Loving Change" - a process using Lean Change Mangement principles, to help define the Digital DNA of your organisation and establish the quick wins that help to build capacity in your organisation. "Work-from-Anywhere" - it's not just about policy.  The issue is just to complex to think that it can be addressed by policy alone.  We use Lean Change Management to identify the different "moving parts", and put smaller interventions in place that build up to a "Work-from-Anywhere" culture. "Goal-oriented Performance Enablement" - most Performance Management systems still in use today are "backward looking".  What if you could look foward and have a system that helps ensure performance?  This is what OKRs are doing for many organisations today, and can do for you as well. "Psychological Safety in the Workplace" - this is the ultimate leader responsibility.  If the leader cannot model the qualities of trust, openness, safety, empowerment, respect, value,  innovation, they cannot expect their people to demonstrate those values.  It starts with leadership. "Agile OD and HR" - HR and people management are facing their biggest transformation ever.  With this challenge comes the unique opportunity to actively reshape the face and impact of HR and people management and create Future Fit organisations designed around flow of value.  It's not an easy journey, but the question is - can you afford not to. For more information on our Solutions, have a look at our Solutions pages. We offer services in 5 áreas of OD:

For more information on our Services, have a look at our Services pages. We offer products in 3 different areas of Organisation Development:

Speaker - We are available to present on any of these topics for your strategy sessions, seminars, or workshops.