Why Roles are More Important than Jobs in Agile/Lean Workplaces

Roles vs Jobs!  One area that is a major “sticking point” in many Agile transformations is the confusion about roles as opposed to jobs.  It is my contention that, in Agile workplaces, Roles are more important than Jobs.  And here’s why I believe that.

By an Agile Workplace I refer to a work environment that has become flexible so as to be able to change, transform, and deliver in the shortest possible time as and when needed.  The need to change or transform could be determined by a number of factors, including: technology changes; changes in customer demands; or, even the realisation by management, that they have not yet achieved a truly flexible organisation. 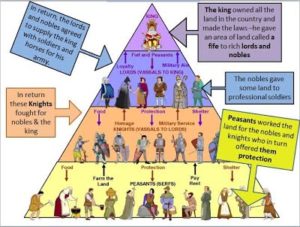 Without trying to do a “deep dive” into history, prior to the Industrial Revolution there were no “jobs” per se, just work.

In feudal society, it was all about land-ownership and using land as a barter.  The King (or Queen) owned all the land, which (s)he could give out and take back as (s)he saw fit.  (S)He would give land to the “Nobles”, in return for soldiers and horses for the King’s army.

The Nobles would give parcels of their land to their “Knights” who, in return, would fight for the Noble and the King.

The “Peasants”, or “workers”, made up the “foot soldiers” in the Knights army, and worked the land and in the castles for the Nobles and Knights.  Food was produced locally, manufacturing was mostly done in people’s homes, using hand tools or basic manual machines, and goods were distributed largely within the locality in which they were produced.

Besides fighting and providing food for their Nobles and Knights, people had to rely upon themselves and their communities to provide the vast majority of the things that they needed.  Women and ordinary men had few, if any, rights, which were granted depending on the generosity of their Nobleman or Knight. 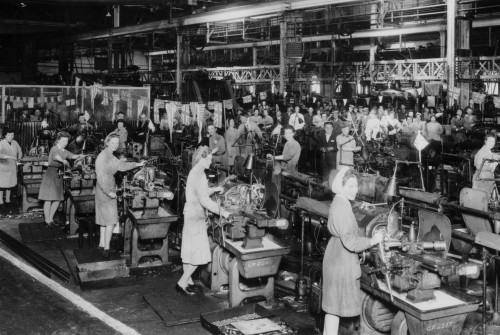 Along came the Industrial Revolution and the concept of a Job was created.  It was created because of the mechanisation of, mostly, manufacturing.  Work was organised into processes with work stations at each stage of the process.  People were skilled to perform at a work station – a job, and when they had completed their specific task in the process, the goods were handed over to the next work station in the process – a different job.

The concept of the “9 to 5” job also comes from this era.  People worked in jobs, in a factory, in an assembly or manufacturing line.  So, they all needed to be there at the same time or the process broke down.  The advent of trade unions dictated the number of hours that a person should be at work, to cut down on the exploitation of workers that had occurred. 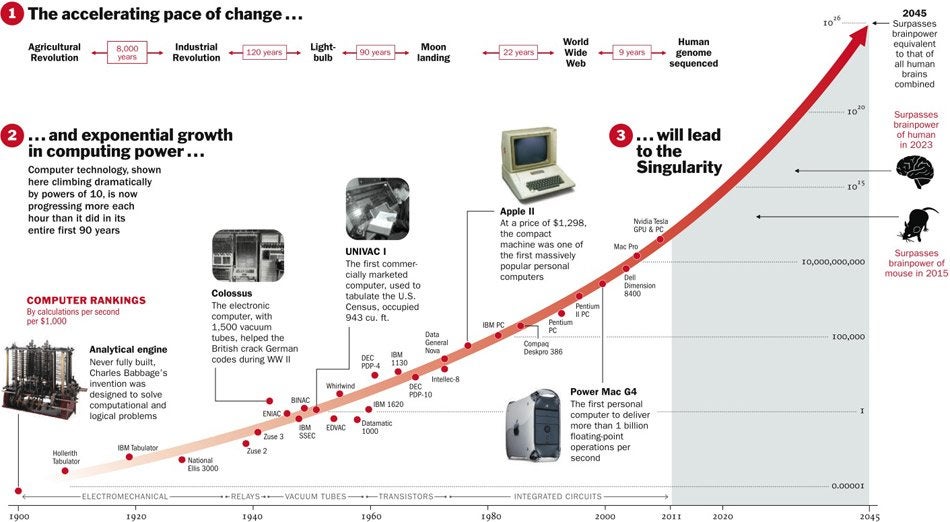 The problem for us is, this change is not a gentle, linear change as we have experienced for the past 100 to 150 years.  Change is now exponential – and what is more, the rate of change is also exponential. 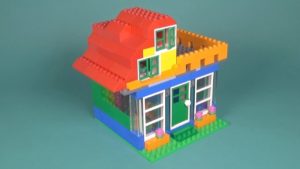 Today’s organisations can, in my opinion, best be equated to Lego.  Lego is probably every child’s favourite toy.  It consists of a number and variety of interlocking shapes and building blocks that come in many shapes, sizes and colours.  Lego’s are toys that show children another dimension to their imagination and enable them to try and build their fantasies to reality.  With a general set of Legos one can build almost any shape or structure.  Then … you break it down, and build another shape or structure.

And, that’s the way we are going to have to work in organisations going forward.  We build a structure and it works for a while.  When it stops working well, which can be weeks, months or years, we break it down and restructure.  The phrase here is “break it down and restructure”!  We don’t just shuffle a few things around as we have over the past century.  That just won’t work anymore.

The basic building blocks of our new flexible organisations are – Competencies!  And, when we build the new shape (structure) that we have imagined, we create Roles, based on Competencies.  We can use Competencies in a number of different Roles, and change them around, if necessary, to become more effective.  New technologies and processes come and go and need new and different competencies.  Just like the new shapes introduced by Lego as they “modernise” the resulting form to be created.  It’s Roles and Competencies that enable the organisation to become flexible and modifiable and the shortest time possible.  HR practices have to catch up with this reality and become equally flexible and modifiable – in other words, Agile.

According to ITIL v3[3], “A role is a set of responsibilities, activities and authorities granted to a person or team.  A Role is defined in a Process.  One person or team may have multiple Roles.”

According to Professor P. Ross S. Wise on the topic of Roles vs Jobs, “When we focus on process rather than just assigned tasks, we can begin to maximize the value we bring to the customers and users of the services we provide.”

So, this concept is not new, it’s just not widely communicated.  Roles and Competencies enable the organisation to be flexed and modified as quickly as possible without the massive disruption of organisational restructuring that we have experienced in the past.

When Bob Dylan wrote “The Times they are A-Changing” – little did he know how very true that was.  We all know and understand how very difficult change can be, and I guess we all, to one extent or another, show some resistance.  However, resistance leads to stagnation – for individuals and for organisations.

The New Way of Working is different to what we have known before.  We can’t just “tweak” here and there and hope it will work.  We need a more holistic approach as to how we move from the old to the new, and that includes leaving behind old ideas that no longer work effectively – for us or for the organisation.

And one of those things is the concept of a Job, Job Titles and Job Descriptions.  They just don’t fit into this New Way of Working.